THE EDUCATIONAL ROBOTICS SCAM IN THE EARLY AGE

THE EDUCATIONAL ROBOTICS SCAM IN THE EARLY AGE

Robot manufacturers have told us that MOVING A ROBOT UP AND DOWN, FROM LEFT TO RIGHT, IS LEARNING TO PROGRAM. And hey, the idea has crept in. But THAT IS NOT, in any way, PROGRAMMING.

Yes, manufacturers will tell you that this is order sequencing, which contributes to spatial orientation. Let them say whatever they want. But that IS NOT PROGRAMMING.

When was the last time you heard a programmer say “I’m going to make software using orientation, movement, and sequences”?

What a programmer uses are infinite LOOPS, loops until, loops while. CONDITIONALS and double conditionals. Stored PROCEDURES and loops with COUNTERS. VARIABLES. MESSAGES. That IS PROGRAMMING. 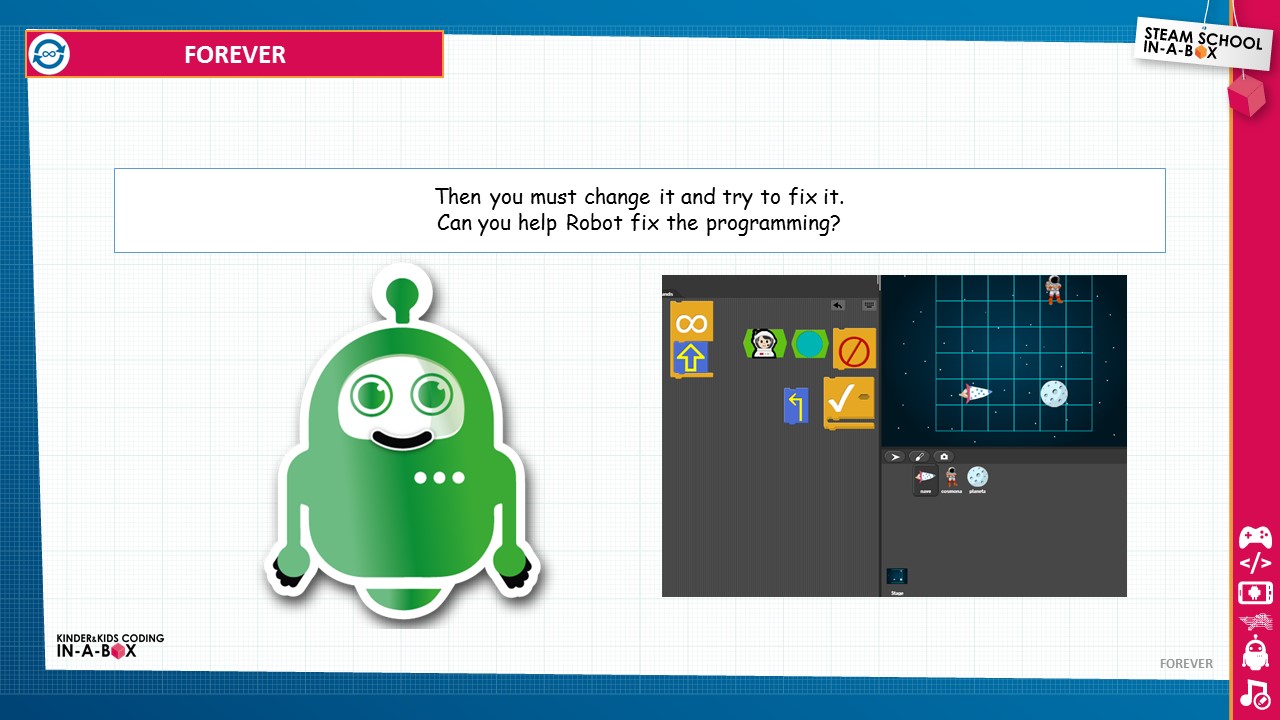 “Already. But this is too difficult, too abstract for children in Preschool or first cycle of Primary School. That’s why our robots are simpler”.

Young children can work on these concepts perfectly. What happens is that it is difficult to sell robots that serve for that.
The problem is not the children.

AND IT IS NOT THEORY. WE’VE DONE IT. WE DO IT EVERY DAY. We’re making it. In Spain and in much of Latin America.

Playing with robots at an early age is fine. It’s cool and the kids learn useful and interesting things. But, PLAYING WITH ROBOTS IS NOT LEARNING TO PROGRAM. 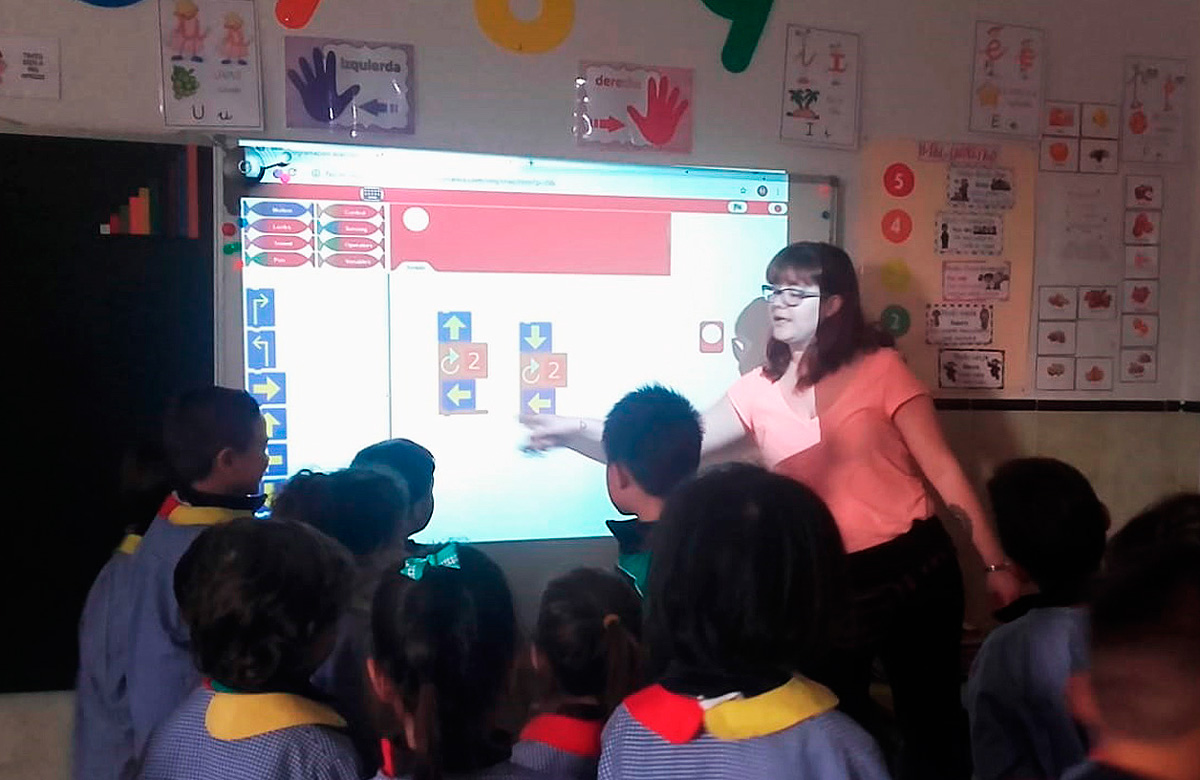 Students from the Villa de Griñón school in Madrid working with the Repeat N times loop.