SICK TO DEATH OF THE DAMNED SCREENS

SICK TO DEATH OF THE DAMNED SCREENS

I have to admit one thing: for many years the parents who complained about the hours their children spent glued to a screen seemed to me that they were “crybabies”. They would come to the parenting information sessions I gave at ConMasFuturo and they told me terrifying stories. And I thought, “well, okay, but it sure isn’t that bad.”

At that time my two twins had their mobile phones, they had PlayStation and if I tell you the truth we had not imposed any limitations or rules on them. I didn’t see the need either. Maybe some kids play more than others but come on, it is not necessary to exaggerate, right?

But life takes many turns, some dramatic. A couple of years ago my wife and I had to take responsibility for the life of a 12-year-old boy. I am now my nephew’s guardian. And things have not worked out the same in its relationship with technology.

You can’t imagine how tempted I have been more than once to throw his cell phone down the toilet and flush afterwards.

The fact is that I believe that video games, YouTube, social networks are vibrant and enriching experiences that stimulate children and make them discover important things for their personal and social development that would otherwise be lost. Seriously. I think “the happy little screens” are good. Indispensable I would say in the life and responsible formation of a young man of the XXI century.

But the problem is that screens can devour all the time, all the interests, all the passions. They can reduce the childhood of our children to the narrow confinement of a mobile screen in which real life does not fit.

And to avoid this, limits and prohibitions are not enough. I know because with my nephew it has not worked for me. And just now that we are in full confinement due to the Covid-19 crisis, things were looking very bad with a 14-year-old teenager and a lot, a lot of free time locked up at home .

But look where, I’ve had an unexpected surprise.

The beginning was complicated. The first thing was to impose-negotiate rules for limiting the use of screens. Too many for my liking. Very few for yours.

The following was what you can imagine: “What can I do? I’m bored! I have nothing to do!“.
Until suddenly…
A few days ago I saw him that he was with the computer. A lot. He even got distracted and missed dinner time. But he wasn’t watching videos or playing video games. Whatever it was had him engrossed. As if it were a game. But it wasn’t a game.

One night after dinner we put the TV on. It is the time of day to watch everyone in the family a series together. The first to arrive is always my nephew. Except that night. The TV was on… and he was still with his computer.

The mystery was revealed a few days later. “Man, do you want to see what I’ve been doing?” . I was programming a video game! Nothing less than Unity , which is a professional tool!

The game was under construction and the project is still underway as I write these lines. But what I’ve seen is very, very good. The truth is, I am shocked with what he is achieving.

My nephew started “programming” in the classes when he was or 9 years old.

You can tell a child what he cannot do. But you can’t dictate what his passions are. For that you have to sow a seed and the sooner we do it, the better. 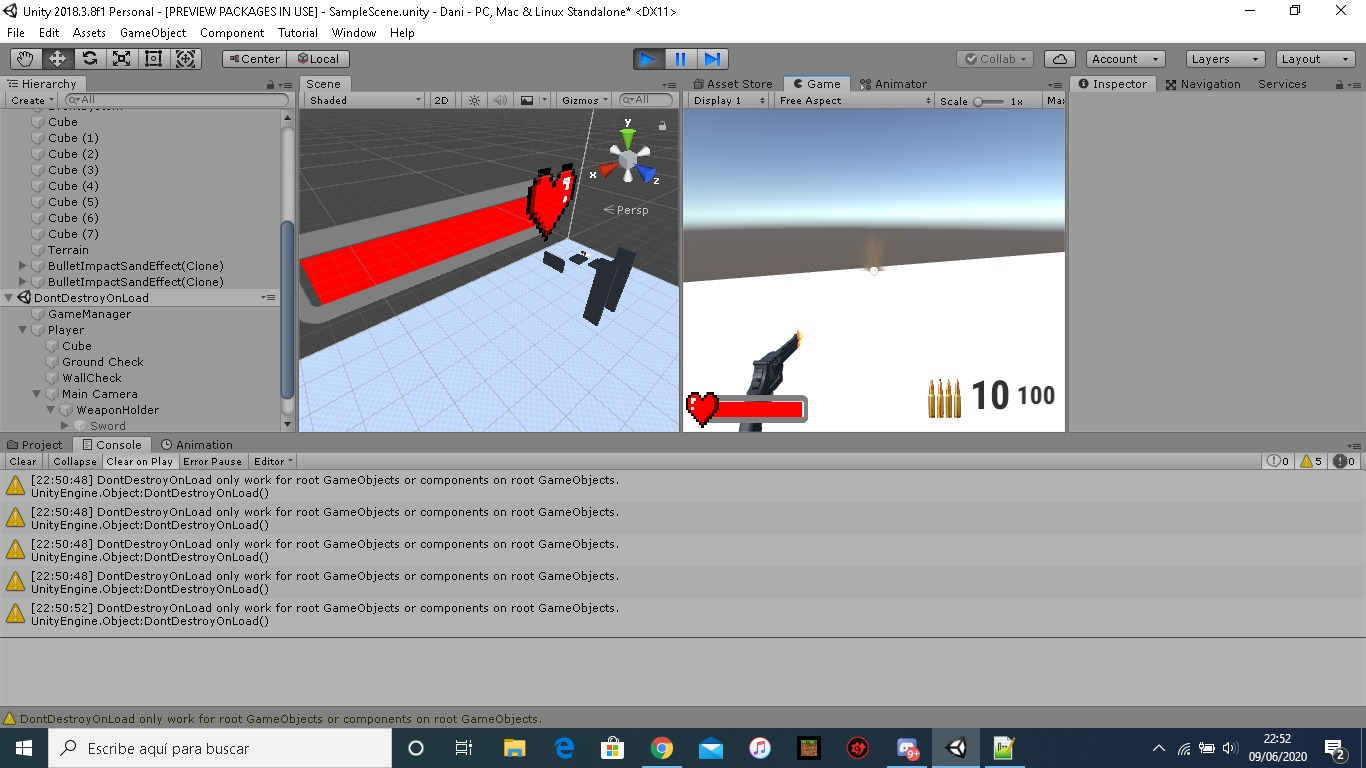 Manage Cookie Consent
We use our own and third-party cookies to improve your experience browsing our website and to statistically analyze the access and use of our website in order to guarantee its proper functioning. You can click on "View preferences" to manually select the cookies you want to accept or reject, or click on the "Accept all" button. See our cookie policy for more information.
Manage options Manage services Manage vendors Read more about these purposes
View Preferences
{title} {title} {title}
Go to Top