Make children develop good habits sounds complicated, both in programming and in everyday life. Fortunately, the case of programming is much more easy than with matters of road safety, diet and health. The only thing we must do is to lure them into a trap and let them fall in it.

Certainly, you might have given you children a lot of good advise, and, probably, your parents did the same thing with you. And it is also likely that, for your children, they went in one ear and out the other, and the same thing happened with you parent’s advice, didn’t it? Because, in the end, the best way to learn is not listening, listening, and listening. The only way to learn is with practise and making our own mistakes.

For example, the preparation of an Arduino board must be made following certain steps, as described in the following slides. 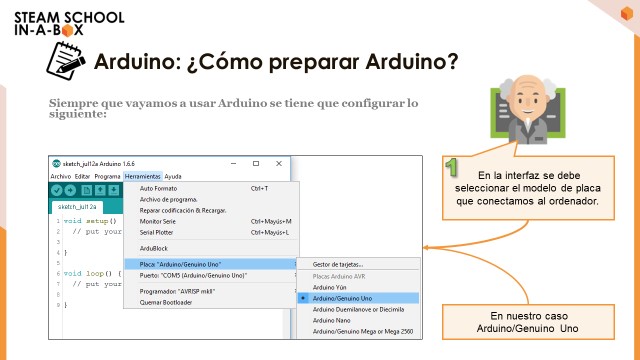 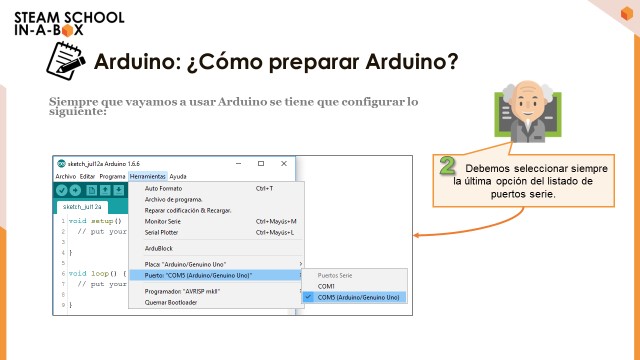 But it is not enough to explain it properly. They need practise, that is why they are suggested to do an exercise. 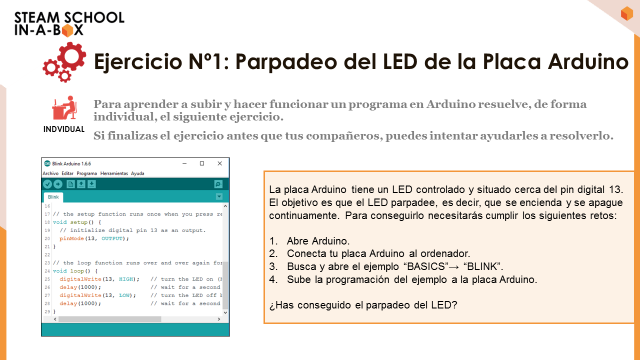 Actually, de objective of this exercise is that children make some kind of mistake while preparing the board. In our experience, it is quite common.

The is why in the next slide of the version for the teacher, we warn them of what might happen. The objective is not to avoid it, on the contrary, it is, in fact, that any student makes the mistake so it can be pointed out. 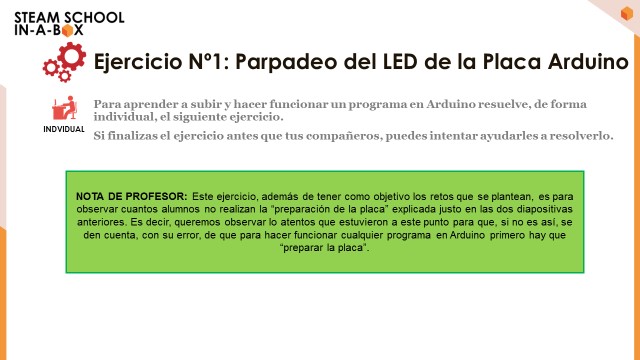 In summary, it is easy: we have to be concious of the mistakes that children usually made when they start programming.